Growing up in a social milieu, we develop into gregarious beings who are accustomed to being praised, respected or at least acknowledged for being an individual. Humiliation in any form comes as a sharp blow to the ego.  When our expectations are not met, we instinctively become resentful and hold grudges instead of handling the situation with dispassion.  What do you do if the Guru, the very person you expected to be an epitome of  boundless compassion, suddenly turns cold and hard?  It can be a particularly acute  test for the disciple as the two anecdotes here illustrate.

From the day they met, Ramakrishna Paramahansa was  effusive in his praise of Swami Vivekananda (Narendra) because he had “seen” that Narendra was a high-born soul who would one day become his successor.  One fine day, Ramakrishna reversed his solicitous conduct.  He began to neglect Narendra to test the strength of his character.

Suddenly, one day, Ramakrishna’s whole attitude to Naren -the humble joy he had shown in his presence, the tears he had shed when Naren was absent -seemingly changed. When Naren arrived that morning, Ramakrishna looked at him without the least sign of pleasure and remained silent, instead of asking his usual solicitous questions about Naren’s health and welfare. Naren supposed that he must be in some high spiritual mood, and therefore unwilling to speak. So, after waiting for a while, he went outside and began talking to Hazra. Then he heard Ramakrishna’s voice, in conversation with some other visitors, and came back into the room. But Ramakrishna continued to ignore Naren. He lay on his bed with his face turned away from him. At last, when evening came, Naren prostrated himself reverently before Ramakrishna and returned to Calcutta.

On his next visit to Dakshineswar, less than a week later, Ramakrishna received him with the same apparent indifference. Yet Naren did not stop coming on this account. Ignored by Ramakrishna, he spent the days talking to Hazra and the disciples. Ramakrishna was privately sending one or other of the boys to report to him on Naren’s life and behaviour in Calcutta. Naren could not have known this, but he never showed the least resentment at Ramakrishna’s seeming loss of interest in him.

Saradananda tells how, finally, after more than a month, Ramakrishna suddenly asked Naren, ‘Why do you keep coming here, when I don’t speak a single word to you?’.  ‘Do you think I come here just to have you speak to me?’ Naren answered. ‘I love you. I want to see you. That’s why I come.’ Ramakrishna was delighted. ‘I was testing you,’ he told Naren, ‘to see if you’d stop coming when you didn’t get love and attention. Only a spiritual aspirant of your quality could put up with so much neglect and indifference. Anyone else would have left me long ago.'[1]

The second anecdote comes from Amal Kiran, a disciple of Sri Aurobindo and the Mother Mirra Alfassa, who momentarily recoiled after receiving a similar unexpected blow to his ego.

“Another thing fairly infrequent with me by the grace of God is that very upsetting movement called jealousy. People think jealousy is a most human and natural feeling — but, if they are right, it makes one lament the human and natural, for it is one of the most dangerous responses in a life of Yoga. One may digress from Yoga in various directions and still be able to come back to the straight path; but if jealousy takes possession of one in regard to the Mother’s relations with the sadhaks(seekers), I am sure that one digs one’s own spiritual grave. When one goes wrong in other ways, one doubts one’s own capacity to do Yoga: one does not doubt the Mother’s capacity to be one’s Guru. But when jealousy overwhelms one, one thinks in terms of favouritism on the Mother’s part. We start saying: “Oh she is all smiles to this sadhak(seeker) but doesn’t even look at me! She gives such a lot of attention to that sadhika, but completely ignores my needs.” Such a critical view leads to a fundamental misgiving about the Guru’s own status and the Guru’s right to be a guide. This misgiving is, in my opinion, absolutely disastrous.

I once acutely realised what a disaster it can lead to. I was sitting at the top of the staircase outside the Mother’s door. She used to open that door sometimes and glance at the people sitting. There was a girl next to me. I think it was Chinmayi who is no more with us. I had been waiting and waiting while she had just come. Suddenly the Mother opened the door, did not even look at me but just called Chinmayi in. Chinmayi went behind the Mother and I was left with the door practically shut in my face. I was terribly upset and a great surge of jealousy swept over me. Wave after hot wave struck against me and I was totally submerged. I felt extremely uncomfortable because it was a most unusual phenomenon with me. But I think the extreme form of my experience was secretly a gift of the Mother’s grace, for it broke open an inner vision. When I hung my head down and looked between my legs at the stairs, I did not see the stairs but a black abyss, a bottomless black abyss. At once I was shocked into saying: “Ah, so this is what jealousy is! It is a pit of darkness unfathomable which tries to suck us in irrevocably.” And since that moment — except for minor twinges of envy when somebody or other has written good poems more often than I — I don’t think I have had any invasion of jealousy. ”[2]

Amal Kiran later wrote a poem marveling at the manner in which she had bruised his ego and exposed the flaw:

This too is her love – that with unseeing gaze
She goes as if I were but empty space.
Not my poor soul’s ill-carven presence now
But all the dreamed perfection, the pure brow
And falterless feet of the God unborn in me,
The white Absence of my mortality
Her eyes are fixed on, calling into time
The Eternal Truth whose gold my days begrime
And teaching me the time-transfigurant art
To make her alchemy’s crucible my heart.

When self-submerged in her vision’s depth, I cease
To my own thought and grow a nameless peace,
Then all that’s crude will fade to an apocalypt flare
And ever her eyes will rest on the light laid bare
By my dense clay she treats now like thin air.[3] 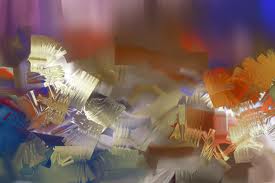 3 thoughts on “Handling Rejection by the Guru”