In the history of various countries, one often finds a core group of artists born about the same time who went on to create a cultural movement which ennobled civilization as a whole.  Some examples of this trend would be the European Renaissance, the Carolingian Renaissance, the Bengal Renaissance, the Harlem Renaissance, the Celtic Revival and many other literary and art movements.   Is there an occult explanation for such collective movements? 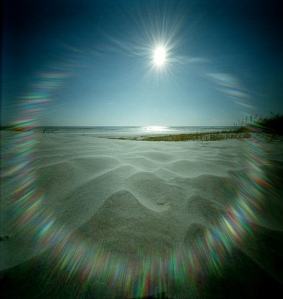 Question: Why are great artists born at the same time in the same country?

Mother Mirra Alfassa: That depends on the person to whom you put the question. The explanation will be different accordingly. From the point of view of evolution, I think Sri Aurobindo has explained this very clearly in The Human Cycle. Evolution, that is to say, culture and civilisation, describes a more or less regular spiral movement around the earth, and the results of one civilisation, it may be said, slowly go to form another; then, when the total development is harmonious, this creates simultaneously the field of action and the actors, in the sense that at the time of the great artistic periods all the conditions were favourable to the development of art, and naturally, the fact that all the circumstances were favourable, attracted the men who could use them. There have been concrete movements like that, great ages like that of the Italian Renaissance or the similar period in France, almost at the same time, when artists from all countries were gathered at the same place because the conditions were favourable to the development of their art. This is one of the reasons – a so-to-say external reason for the formation of civilisations.

There is another, this is that from an occult point of view it is almost always the same forces and same beings which incarnate during all the ages of artistic beauty upon earth and that, according to occultists, there are cycles of rebirth: beings return, group themselves through affinity at the time of birth; so it happens that regularly, almost all come together for a similar action. Some occultists have studied this question and given very precise numbers based upon the actual facts of the development of the earth: they have said that once in a hundred years, once in a thousand years, once in five thousand years, etc…, certain cycles were repeated; that certain great civilisations appeared every five thousand years, and that it was (according to their special knowledge) the same people who came back. This is not quite exact, that is why I am not going into details, but in a sense this is true: it is the same forces which are at work. It is the same forces and they are grouped according to their affinities and, for a reason which may be quite  material or for a mental or cyclic reason, they reunite at a certain place, and in this place there is a new civilisation or a special progress in a civilisation or a kind of effervescence, blossoming, flowering of beauty, as in the great ages in Greece, Egypt, India, Italy, Spain… Everywhere, in all the countries of the world, there have been more or less beautiful periods.

If you put the question to astrologers, they will explain this to you by the position of the stars; they will say that certain positions of the stars have a certain effect on the earth. But, as I have told you, all these things are “languages”, a way of expression, of making oneself understood; the truth is deeper, it is more complex, more complete.

A plan in the occult eternal Mind
Mapped out to backward and prophetic sight,
The aeons ever repeat their changeless round,
The cycles all rebuild and ever aspire.
All we have done is ever still to do.
All breaks and all renews and is the same.
Huge revolutions of life’s fruitless gyre,
The new-born ages perish like the old,
As if the sad Enigma kept its right
Till all is done for which this scene was made.

Sri Aurobindo, Savitri – I: The Vision and the Boon

10 thoughts on “The occult forces behind artistic movements”